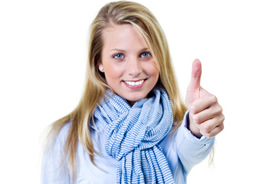 What others say about our services

We haven't even had the time to get our first 'Media Matters winner's free ad up on the front page yet, and already we're receiving submissions for the next prize.  The best nominee so far is the International 470 Class, who recently went live with a new microsite solely for videos about the 470.  It looks good, it does the job, and it's a good example of using what you have to build enthusiasm for your class, event, club, or whatever.  Of course it doesn't hurt that the 470 likely has more hot chicks in it than any other class...

The site has its own Flash viewer but is built on YouTube, meaning editors, bloggers, and random Facebookers can embed the videos wherever they want with just a click.  Sounds good to us!

The video library software with its unique capabilities, was developed further, and is one of MedCapzs biggest inhouse software development successes.

In the meantime, several crucial functionalities have been added to MLV9 functionality. The players uses html5 to play video on mobile devices, Open Graph programming and Media RSS has been added to maximize the integration and distribution of video over social network platforms.

As social networks such as facebook have authorized our high performance server as provider of embedded video, MedCapz is able to provide the total multimedia and social networking solution.